Let me get this straight

I don’t know squat about economics other than my own skimpy checking account and my ever-increasing pile of medical bills. But I do know this:

North Carolina has a Medicaid program for the ‘medically needy’ – those whose income is too high for ‘’categorically needy’ Medicaid but have catastrophic medical bills and no hope of paying them. Trust me, it's easy to rack up six-figure medical bills when you have cancer.

In exchange for following some very strict regulations, this fund will pay catastrophic medical bills – a “bail out”, if you will.

In order to qualify, we have to keep our assets below $3000 (at the beginning of the month. That’s everything, with the exception of our home and one vehicle. Every thing else is valued and added to our puny asset total. Anything that puts you over $3000 – like savings accounts, investments (including IRA’s or 401K’s) must be liquidated in order to qualify.

In addition, you must turn over to your caseworker copies of all paycheck stubs, bank statements, and all medical and pharmaceutical bills.

The entire case is subject to review every three months.

When I am gone, the state can do an ‘estate recovery’ – send Mr. Andante a bill for what they paid on my medical bills.

In my opinion, this is as it should be. Lack of stringent regulations would only open the door to widespread fraud on the taxpayer’s dime.

Do you catch my drift? We’re supposed to hand over $700 billion to the financial industry with no restrictions on assets, no periodic review of the books, and no say-so on how it’s spent?

I don’t think so.

I admit it - I'm a hypocrite

I thought it prudent to confess my hypocrisy, just in case I ever find myself accused.

Yes,I was all ready to write a scathing, disdainful screed about the McCain family 's fleet of thirteen vehicles.

...which only comes to twelve, so I probably missed one. Nor do I expect to see Cindy parking "MS BUD" anywhere near a camera.

But folks, it's time to come clean.

The Collective Sigh estate is home to not one, not two, not three, but FOUR vehicles.

I am not counting Andantette's spiffy 2007 Hyundai Tiberon, since she bought it herself.

I am counting the 1990 riding lawnmower, 'cause it's probably more reliable than the three automobiles.

Nor am I counting the fleet of Barbie vehicles stored somewhere around here.

While I'm in a fess-up mood, I'll continue with this:

"A lot of those people will have to sell their homes, they're going to cut back on the private jets and the vacations. They may even have to take their kids out of private school," said Frank. "It's a total reworking of their lifestyle."

He added that it's going to be no easy task.

"It's going to be very hard psychologically for these people," Frank said. "I talked to one guy who had to give up his private jet recently. And he said of all the trials in his life, giving that up was the hardest thing he's ever done."
(h/t John Cole)

We will not be selling our home, since it's the only one we have unless you count the dilapidated 1992 23' Shasta parked lopsidedly in the back yard that needs new tires before it goes anywhere.

Nor will we be cutting back on the private jet, since we can't afford even freight-class airfare.

What's a vacation? Won't be cutting back on those either - the last time I looked, nuthin' from nuthin' is still nuthin'.

Nor will we be pulling our kid out of private school. We barely could afford the school supplies, various fees, and GEEZ those expensive yearbook photos much less private schools. Yes, she graduated from a private college - by working her way through and helped considerably by academic scholarships.

So...there you go. Not only do we have our own family fleet, but we will not be sacrificing our home, private jet, vacations, or private school tuition.

I deserve all the librul elite scorn you care to dish out.

Top off your celebration with this memorable quote from Captain Jack Sparrow (aka Johnny Depp) when discussing his young daughter with an interviewer:

"It hasn't really registered that daddy's an actor. There was a woman at some restaurant who asked what her parents did, and Lilly Rose said, 'Well, my mommy's a singer.' And the lady said, 'Oh, yeah? What does your daddy do?' and she said, 'My daddy's a pirate.' 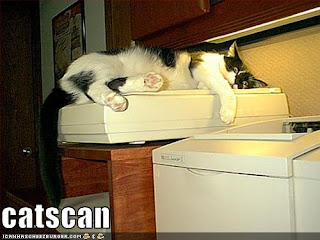 So my CT scan this time wasn't as happy as the last one. It could have been a whole lot worse. I'm back in chemo, with the possible addition of radiation. But the cancer is confined to ONE spot - not spread elsewhere, nor as big. That's good news.

In the meantime, I have to get over a slight bout with pneumonia before I can undergo anything. I most likely picked it up while visiting The Mater in the hospital - which as every fool knows, is no place for a sick person.

Maybe John McPain can see it from one of his houses?

No - wait...it's the Palin Doctrine...you can see Mexico from his state. Mexicans speak Spanish, the sly devils. That's close enough.

The happiest ex-vice presidential candidate on the planet must be Dan Quayle. No longer will he go down in history as the dumbest VP pick EVAH.

Finally, I'd like to thank Uncle Sam for providing me a snappy comback.

For years, various rightwing acquaintances have accused me of being a socialist.