Being somewhat pop-culturally-challenged, I don't claim to know much about 'celebrity'.

But I do know how to use The Google, and found the following:

Sir Paul McCartney owns six homes, and it's possible he owns four others.

Intensive Googling only comes up with ONE home for Paris Hilton; she can rely on a planet-full of hotels for her digs.

Brangelina - who knows. They are high-class renters.

I bet each one of these folks could come up with the exact number of homes owned.

Thurston & Lovey McCain - not so much.

Happy birthday to Mr. Andante! Okay, it's a day late.

I'd call him older than dirt, but since I have a few years on him - I won't go there. 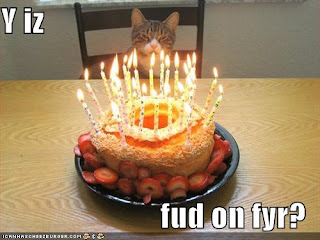 Since I've been semi-incapacitated by numb hands & feet, I have to hobble along with the help of cane and I can't hobble very far without my leg muscles feeling like limp noodles. I've filled out my application for a 'handicapped' placard so I can park a bit closer to my destination.

In the meantime, I'm eyeing those handicapped parking spots enviously. Not because they're more convenient - because they are filled with shiny new cars.

More of this, please!

Laugh of the day - 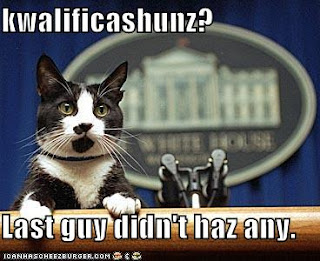 Those of us who wear a Braves bag over our heads are mourning the death of 'The Voice of the Braves', Skip Caray, who died Sunday. He would have been 69 years old on August 12th. Skip was the son of Harry Caray and father of current Braves broadcaster, Chip.

One of the many fun things about the chemo side effects is peripheral neuropathy - the nerve endings in my fingers and toes were destroyed. They will (or hopefully SHOULD) regenerate over time.

I hate to wish away time - but PLEASE let that time be soon.

So that's my latest excuse for not posting very often or even leaving many comments around. I'm still lurking.

Well, those few sentences took about 10 minutes. But for a real thrill, you should see me trying to walk on numb feet.

Next CT scan is Sept. 5th; I'll see the doctor for the results on the 10th.

If Hillary Rodham Clinton were the presumptive Democratic presidential nominee and she said "Republicans would try to scare voters by pointing out that (s)he doesn’t look like all those other presidents on the dollar bills.”

...would the McSame campaign be hissy-fitting that she'd played the sexist card?