But today there's some embarrassing news; in the most recent test, they didn't even get to the interception part of the test -- seems the dummy missile launched as a target didn't make it to the target zone.

In the mind of Richard Lehner, a spokesman for the Pentagon's Missile Defense Agency, this just proves the need for a missile defense system in Europe. Reuters paraphrases him as saying that "the botched test 'reinforces the need' to install U.S. 10 interceptors in Poland and a tracking radar station in the Czech Republic as a defense against a potential missile attack from Iran ...

"It showed that any missiles launched by Iran could similarly go astray and land in Europe even if Europe was not Iran's target."

Lehner had to squeeze the crap out of those lemons for that lemonade.
|
// posted by andante @ 8:12 PM
The search for alternative fuel

A plant that flourished in Europe roughly 3,500 years ago could become a major source of biofuel.

Researchers say that camelina, planted on millions of acres of marginal farmland from eastern Washington state to North Dakota, could help power the nation's drive for cleaner energy.

Now if they could just find something useful for kudzu and mosquitoes....
|
// posted by andante @ 10:33 AM 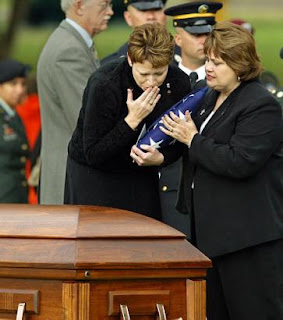 "And if there ever was a reflection of that, it's the fact that Senator McCain required a flack jacket ... to stroll through a market in Baghdad just a few weeks ago," Obama said in a response released by his campaign.

That didn't sit too well with McCain, famous for his service in the Vietnam war, who said his "conversations with military leaders on the ground" inform his belief that the president's surge strategy must be given a chance to work.

"By the way, Senator Obama, it's a 'flak' jacket, not a 'flack' jacket," McCain chided, by way of pointing out his military service.

It's all clear as a bell now

CNN presents - Outsmart Your Toddler: 5 tricks for getting yours to do what you want by Deborah Carpenter of Parenting.com, and by golly - now I know exactly where the Bush administration is getting political advice.

They have read Ms. Carpenter, and are treating the American people exactly like toddlers.

"Even the most defiant toddler will take pity on us if we seem like total incompetents," says Harvey Karp, M.D., author of the DVD and book "The Happiest Toddler on the Block." The trick is to convince your child that you should be helped, not resisted:

• Be forgetful. If she's refusing to put away her toys, pick up a few and put them not in the toy box but in some other unexpected place, like the bathtub or a kitchen cabinet. When your child balks (she knows where things belong, even as young as 2), say innocently, "What? I'm putting your toys in your toy box!" She'll likely take pity on you and help you put her stuff where it really belongs.

• Be wrong. Next time you foresee a battle getting your toddler in the stroller, try squeezing into it yourself. Chances are good she'll announce, "That's mine!" Finally her possessive streak is good for something.

• Be incompetent. Put your coat on backward and place your shoes on your hands. Say, "I'm ready to go, are you?" She'll laugh, straighten you out, and get her own shoes on for once.

Don't worry: Your child won't really think you're a boob, says Dr. Karp. This is just a fun tactic, like playing hide-and-seek and pretending you can't find her. 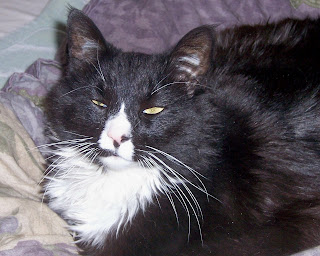 Sleeping Beauty (Trouble) awakened from a snooze by that flashy thing.
|
// posted by andante @ 2:14 PM
Astonishing

I never thought I'd agree with Fred Phelps and his fellow morons at Westboro Baptist Church.

His spokesthing, on why they will forgo demonstrating at a fallen soldier's funeral and instead spread their venom at the Jerry Falwell proceedings -

"There are dead soldiers everywhere," Phelps-Roper said. "You don't have a very high-profile, cowardly, lying false prophet like Falwell dying every day."

I like the "Food Stamp Challenge" and wish it was a required part of every elected official or political appointee's orientation.

For lunch on Tuesday, Janice Schakowsky spread flakes of tuna on two slices of white bread. Jim McGovern ate a bowl of home-cooked lentils and Jo Ann Emerson's salad was mostly shredded iceberg lettuce. "I couldn't afford the mayo," said Schakowsky, so she did not make tuna salad. Schakowsky, McGovern and Emerson -- all members of the U.S. House of Representatives -- are on what could be called the Food Stamp diet, spending $1 on food per meal, for a week. Their spell on "the Food Stamp Challenge" will end on Monday, just before the House Agriculture Committee is expected to begin overhauling U.S. farm law. Food stamps and other public nutrition programs account for two-thirds of the spending governed by the "farm bills" written every few years.

They're blogging the experience here.

On a somewhat related note, we stumbled across a program that has been a big help to us - Angel Food Ministries.

There are no applications; anyone qualifies. It's a boon for those without transportation or who (like us) live far away from the nearest grocery store.

It has saved us money on groceries and certainly helped save on gasoline.

The $25 box of fresh and frozen food is designed to help feed a family of four for a week or one person for about a month. Good stuff, and yes - they accept food stamps.

After a frustrating search for a new "war czar" to oversee the wars in Iraq and Afghanistan, ABC News has learned that President Bush has chosen the Pentagon's director of operations, Lt. Gen. Douglas Lute, for the role.

Well, I'm glad someone is in charge now.

The search was getting rather embarrassing for the White House, as one-by-one the generals turned down the job.

I was sort of hoping the search would go on. My BFF's son was just promoted to Petty Officer, 3rd Class (Coast Guard) and he could use the extra money.
|
// posted by andante @ 4:29 PM
Rev. Jerry Falwell Dies

That's my story, and I'm sticking to it. 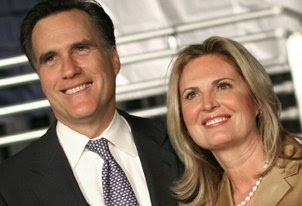 I really don't care about a candidate's religion.

I do care about a host of other issues, including their grasp of reality.

Romney's inspiration going forward may come less from Kennedy than from Dwight Eisenhower, whom Romney reveres to such an extent, he told the Atlantic Monthly, that he asked his grandchildren to call him "Ike" and Ann "Mamie."

Maybe it's just me

....but is there something wrong about this?

``For years, while foreign competitors were investing in more fuel-efficient technology for their vehicles, American automakers were spending their time investing in bigger, faster cars,'' the Illinois senator told business and political leaders.

Ummmm....why don't we just have universal health care and let the auto makers figure out how to make actual good business decisions?
|
// posted by andante @ 3:38 PM 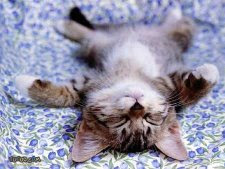 The graduation ceremonies are over and we are EXHAUSTED.

The weather was lousy, the weekend was expensive, and Mr. Andante forgot to pack his suit pants. Other than that, all went well. 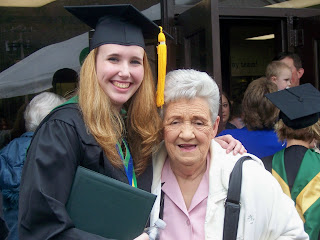 Not visible but there nonetheless is the honor society medallion and (most importantly) a JOB waiting for her.

We, on the other hand, returned with sloppy colds to the same crappy-paying jobs and will spend the rest of our life trying to get out of debt.

Such are the joys of parenthood!

Yee-haw! and other meanderings 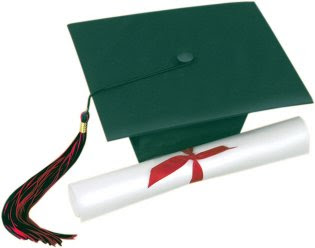 Not that I've exactly been churning out posts lately, but there most likely will be no posting at all for several more days. My baby - my first-and-only-born child - graduates from college on Saturday.

We leave Friday morning to attend all the various luncheons, dinners, services, etc. and the commencement on Saturday morning.

Today is a whirl of packing and making arrangements for the care of the Chihuahuas and kitties while we're gone. The older dogs and the cats can stay at home with the help of an obliging neighbor. Pippin-the-Grandpuppy goes to a doggie hotel. He's going to hate it; he thinks his rightful place in the world is on my lap, 24/7.

Time sure flies. I can still clearly see her face the day she came home from kindergarten with quivering lips and tears in her eyes because the teacher reprimanded her for giggling during nap time.

These days, the only time we see the quivering lips and tears is when her car breaks down or when her favorite on the latest hot 'reality' show gets the boot.

She even has a job lined up - a job with that most precious benefit....group health insurance. I wonder if she can claim her frail, aging parents as dependents?

The Republican hopeful said in a visit to Raleigh, N.C., that Democrats who urged "mandatory" universal health care at a debate Thursday night were "moving toward socialized medicine so fast, it'll make your head spin," according to the Associated Press.

Giuliani instead advocated for a private solution. "When we want to cover poor people, as we should, we give them vouchers," he said.

And you'd think 'the poor' are the only people with insurance problems. Obviously, Rudy hasn't priced private policies lately. With his health history, he'd be lucky to find an insurer, much less an affordable plan.

Let's put Rudy in a minimum wage job with no insurance and give him a one-hundred-dollar voucher for the next prostrate check-up.

Will this country EVER join the 21st century when it comes to protecting the health of it's citizens? Even Theodore Roosevelt endorsed universal health coverage as part of his platform in 1912. Here we are, nearly one hundred years later, and hacks like Giuliani are still extolling the magic of 'vouchers'.

I may not live to see universal coverage, but I hope my daughter does. In the meantime, I've advised her to hold tightly to that group health benefit.