My mother (you know her as andante) passed away peacefully on Tuesday, June 16, 2009, after a long fight with cancer.

I know she loved to read all of her daily blogs, so thank you all for being her friend in that respect.

From the ridiculous to the sublime...

The conductor of the orchestra is Andre Rieu from Austria . The young lady (Melissa Venema), her trumpet and her rendition of the Italian version of TAPS ( IL Silenzio Toque de Silencio)makes your hair stand on end.

Let's give Republicans a little love - they're fixin' to have a bad decade or so...

(Don't ask me why these appear twice, just enjoy them twice)

This brand spanking new $200 million dollar Airbus 340-600,the largest passenger airplane ever built, sits just outside its hangar in Toulouse, France without a single hour of airtime. 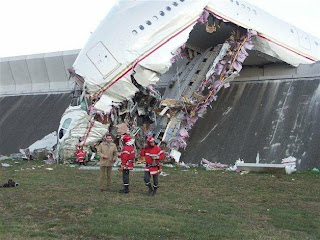 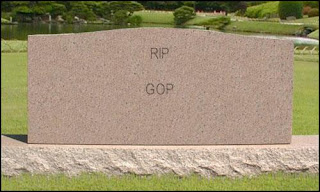 When the saints come marching in

I fell the other day.

Yes, I have an “I fell and I can’t get up“ button, but this fortunately wasn’t worth summoning the paramedics.

The easiest (?) entrance/exit to our house is the side door that leads to our trashy carport. Problem – two steps only, with about a 7 inch rise. That’s always been difficult, especially as we age (gracefully, of course) and somehow the knees aren’t what they used to be.

The job became impossible for my weak arms and knees. Unless someone was around to literally haul me in, I just couldn’t leave the house.

So I fell, trying to get into the house by myself.. Fortunately, I fell into the house, but it took a solid half hour of my best swearing to crawl inside and eventually clamber into the recliner. Not much damage; slight sprain to a foor, a little wrench to a knee.

One of my BFF’s was taking me for a pedicure the following day, so I called her to put off the excursion – and told her why.

The next morning, Saint #1 (BFF’s hubby) appeared with big smile and a pickup full of power tools and lumber. He worked diligently, and by 1 p.m. – just look what happened – 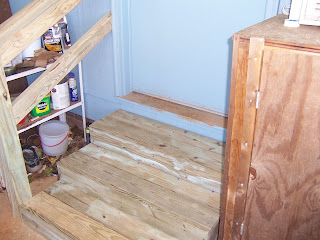 The trashy mess on that shelf is just your imagination. The beautiful three steps and railing are real.

And I got a great pedicure the next day.

Mr. Andante’s father was killed in a coal mine accident when Mr. Andante was only five years old. He’s the second oldest of six siblings, including two younger brothers.

Male relatives did try to provide some male-type guidance and support – but for years, there was no ‘father figure’. The three brothers began to show a goodly streak of wildness.

Then came high school, and the chance to channel that wildness on the football field..

Coach Charlie Gregory was there for them, acting as a second father – knocking sense into their stubborn heads…and making them into the fine men they are today.

Coach was 77 years old, suffered a massive stroke and died Saturday.
The most significant line from his obit – “Born in High Point, Gregory came to Randleman and set up shop where he impacted young boys and girls throughout his career of over 30 years as a teacher, coach, athletic director, role model, driving force and friend.”

So long, Coach. Please accept blessings and love from a grateful wife.

You made my old man into the fine husband and father he is today.

GM to pull the plug on Pontiac

The brand credited with originating the muscle car will no longer be part of GM's future, according to a source.

There was a time when I thought my life was incomplete without a GTO Judge.

A black one, of course. 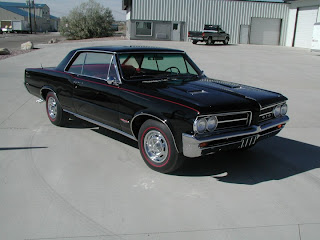 The Party of New Ideas?

"You had your eight years - Go Away"

Democrats are quite used to coming up with the concept of new ideas.

Now all the GOP needs is some good, long-term ideas.

So far, all I think I've heard is we need a few guys running around screaming at cows to stop farting.